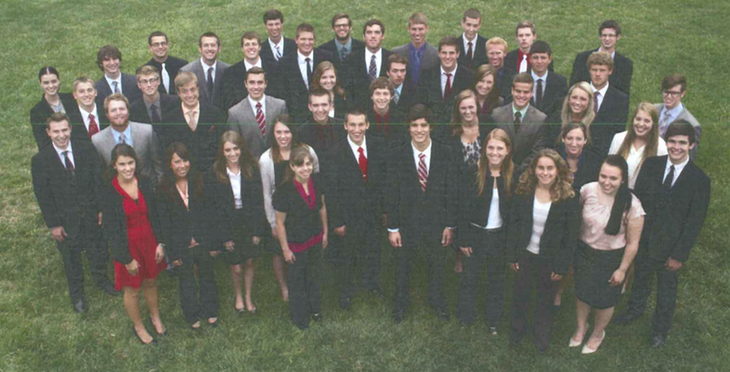 Delicious Discounts is a professional coupon book containing a collection of attractive offers from various restaurants in the surrounding area, available for a defined period of time. The book will be distributed to students from Cedarville University and Wright State University in both paper form and electronic form, with advertising options available for each.

The Faculty/Staff Talent Show was an opportunity for students to see many of their favorite professors perform in a talent show that displayed their various talents and abilities. Professors were recruited to participate by both students and their respective department heads. The show followed a format similar to the TV show American Idol. Participating faculty and staff performed a 2-4 minute act that was then followed by comments and feedback from a panel of 3 students. At the end of the night, the crowd had the opportunity to vote for their favorite act of the night.

The Lawlor vs. Hill and Printy vs. Maddox flag football games are an established annual tradition at Cedarville University. Players  wore a team shirt during the game that was be sold by IBC. These shirts were also sold to those who wished to support their dorms. The IBC also sold concessions at the game. During half time and other breaks the audience will participate in small competitions involving prizes donated either by local businesses or purchased by IBC.

League of Legends is a free web-based computer game where teams of people play with fictional characters in a competitive strategy-conquest game. The tournament was double elimination. Teams could pre-register to participate and win prizes provided by Riot Games, the game’s creator. Teams consisted of five members.